Hello everyone, in this particular tutorial I will be showing you how to clean up a rust frame on a budget. Unfortunately the fender areas on this truck, both the front and rear seems to have the majority of rust with minimal frame paint left. Being that this truck was used in the country, the previous owner drove down quite a few gravel roads, which can basically sandblast any paint or finish off the existing metal components. Currently, this truck also gets driven down gravel roads doing to the dump, so again it’s not really helping out this situation. Considering we live in a climate which has high humidity and we also experience winter, this type of environment promotes rust. 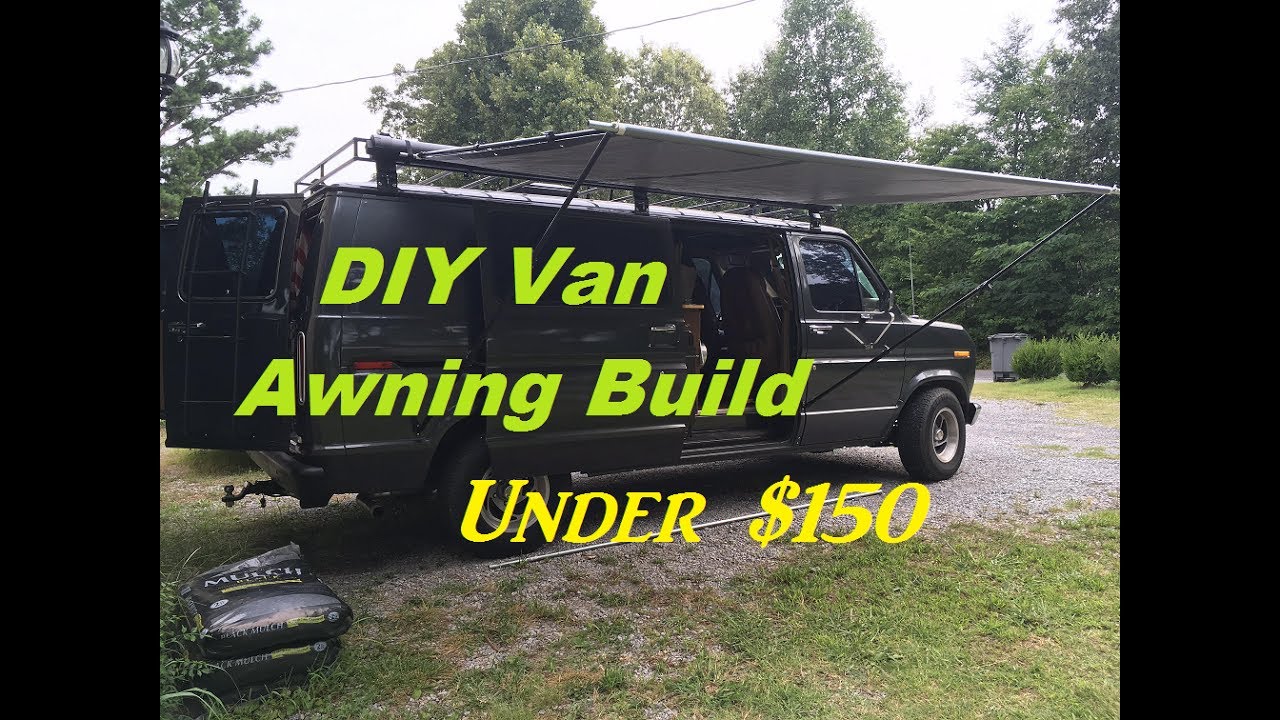 Considering the upper control arms are being replaced, this is a great opportunity to clean up this area. If you can remove parts from the area you are fixing, it’ll certainly make the
work a lot easier and allow you to have a cleaner finish. I will eventually look into removing the steering knuckle and lower control arm when I have some time 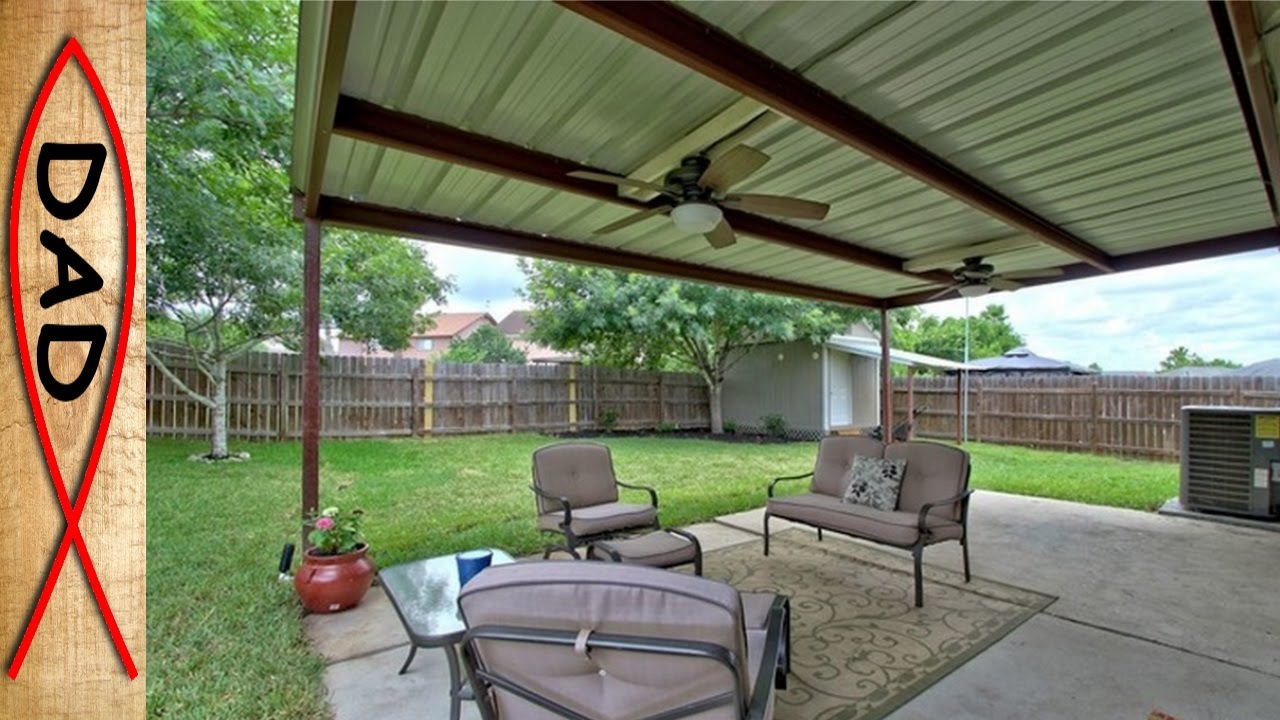 You should start by washing the area down with a degreaser, a pressure washer would be best but a hose will work fine too. I have already done this and gave the area a couple days to dry. This can help remove some loose scaling rust, dirt, and oily residues.

This truck has been oil sprayed over the years, so areas that weren’t directly exposed to debris flying up from the road so has the oil spray and paint. As you can see on the right side of the frame, the rubber barrier was covered some of this. It has an oil layer up top, there is still paint on the frame and then the steel is fairly clean with minimal rusting.

There is a variety of other power tools that can help with remove rust scale, but from what I’ve found a ball peen hammer can get similar results. Lightly hit the surface, enough to break off any scale, but not hard enough where it’ll damage the surface of the frame. The scale must be removed, if you paint over top of this, the scale can trap in moisture or fall off, eventually going back to what you originally started with. The hammer not only allows us to remove the scale, but find any soft
zones. If the hammer goes through in a spot, well then of course, that would need to be repaired correctly so the structure of the frame isn’t jeopardized.

A scraper also helps at times to remove any loser scale too.

Unfortunately, you will need something which can grind off the rust and expose the bare metal. For this, I am through a heavy duty air power surface sander. First I’ll be starting out with the coarsest abrasive pads which are probably between 80 and 120 grit.

Always wear the proper safety protection and considering it’s incredibly dusty, I would recommend using a mask as well. As you can
view the frame is cleaning up quite nicely. The abrasive pads tend to get into pitting a little better than compared to just sandpaper. A majority of this rust must be cleaning off, otherwise, it will come back and not allow the paint to adhere properly.

Once satisfied we can move up to the sandpaper. This grit is about 220. The abrasive pads are easily changeable when using this surface sander and is available in both 2” and 3” diameters so you can work in a variety of areas. This surface sander even has two speeds, so if you’re working around critical components, the lower speed allows you to be more careful. The sandpaper can scuff up the surface quite nicely and smooth out any high spots. Then I can then switch up to about 320 grit sandpaper.

Blow the area off using an air gun. Unfortunately, there will be some rust left in the pitting, this can be hard to remove. You can use a wire wheel attachment, but not everyone has
who option. Ideally, a media blaster is best for this, but it’s messy and it can be expensive to purchase such a setup. So instead I’ll be using a rust converter.

Give the area a wipe down with a wax and grease remover. This will remove any contaminants such
under the name of any dust or grease left behind. 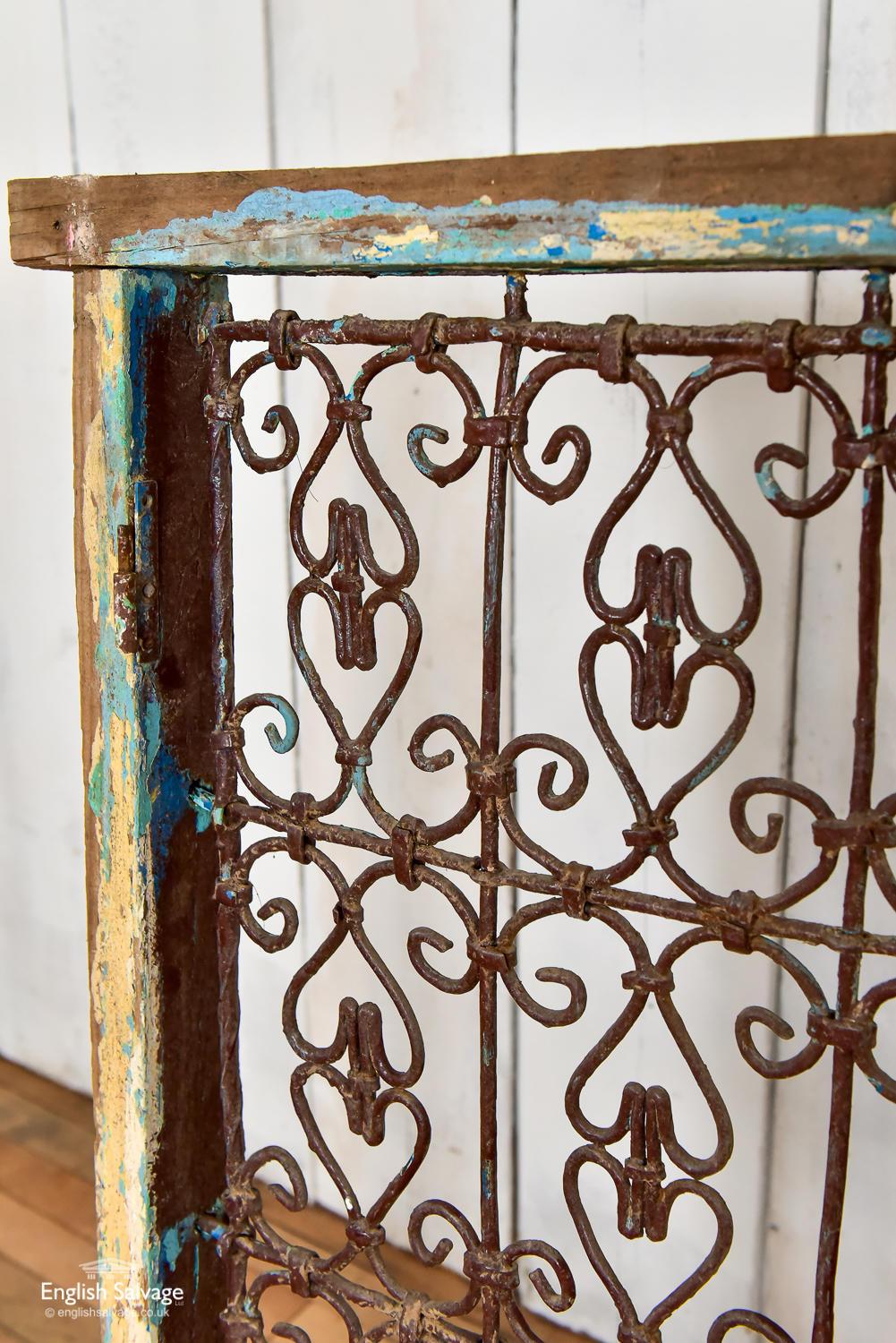 Tape off the surrounding areas. If you can remove any parts, this will make it easier, if not, then just tape around it. I’m also putting some paper in the back against the engine area to prevent any overspray. If you are doing the same thing, make sure the engine is cold.

I just picked an off the shelf rust converter from the local auto parts store. While this can be applied directly to the rust, I’d rather have most of it removed to ensure the new finish has a long life. When using a product such as this, always read the instructions so you know exactly what the product requires. Some rust converters are a liquid
who is applied and washed off after. This, on the other hand, can be sprayed on, if excessive then multiple coats can be used and will convert the rust to a black primer finish that can be painted once dry.

After a couple hours of drying, the frame can be finished up with a paint. For my choice and what I’ve had great results within harsh environments is a farm implement paint from the local farm equipment dealer. I have used this stuff on utility trailers, fuel tanks, mower decks, and yard equipment with excellent durability. Mix the paint accordingly. 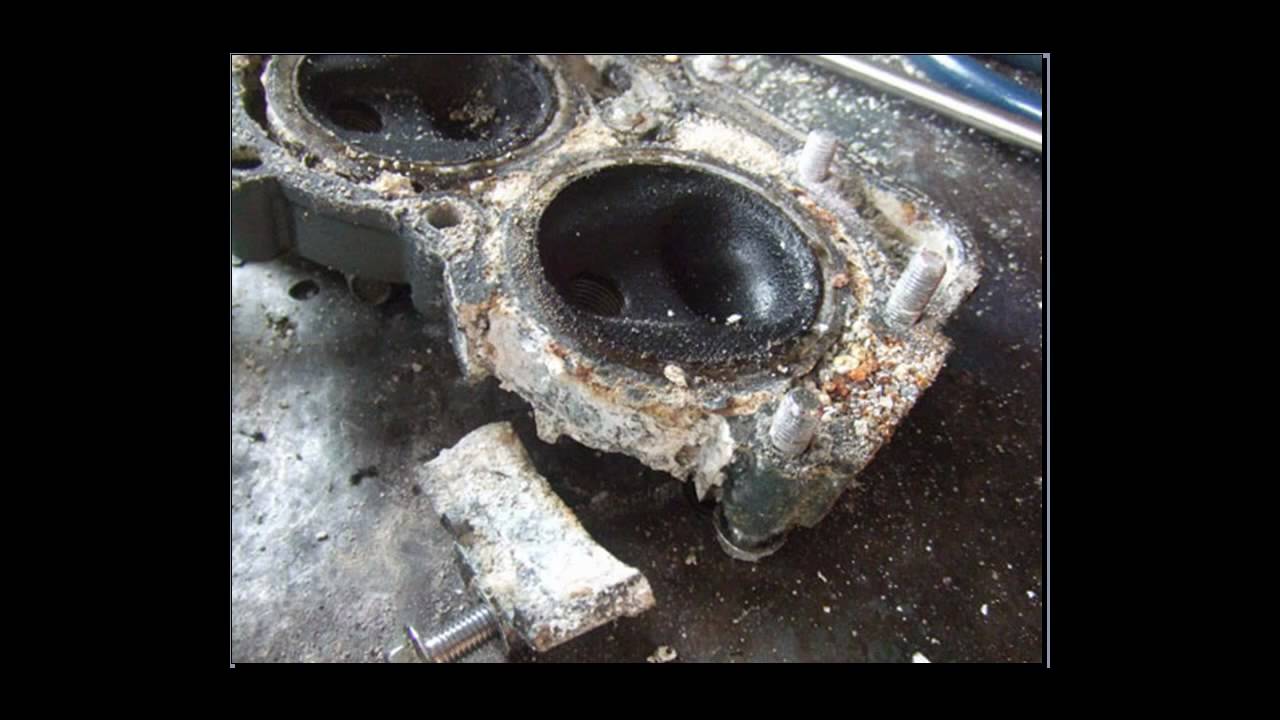 It’s not overly expensive, I found a small amount goes a long way and it can be brushed on or thinned using their products and then sprayed through a gun. I’m applying this with a brush, however, on a day like today, it’s a little tough due to the high heat and humidity. At the moment it’s around 40 degrees Celsius. So if you can, it’s best to apply this on a cooler day. If you have a softer brush, you’ll get a smoother finish but due to the rougher surface, the brush may not last as long. I do not recommend through a tar or rubberized coating as they can trap moisture which can cause rusting.

This paint has great coverage and after the first coat was applied, I let it dry for about 30min and applied a second coat.

The next day I reassembled the suspension. Unfortunately, with the really humid weather, it is drying slower than it normally would. I would let the paint cure for a couple of days before driving the vehicle. 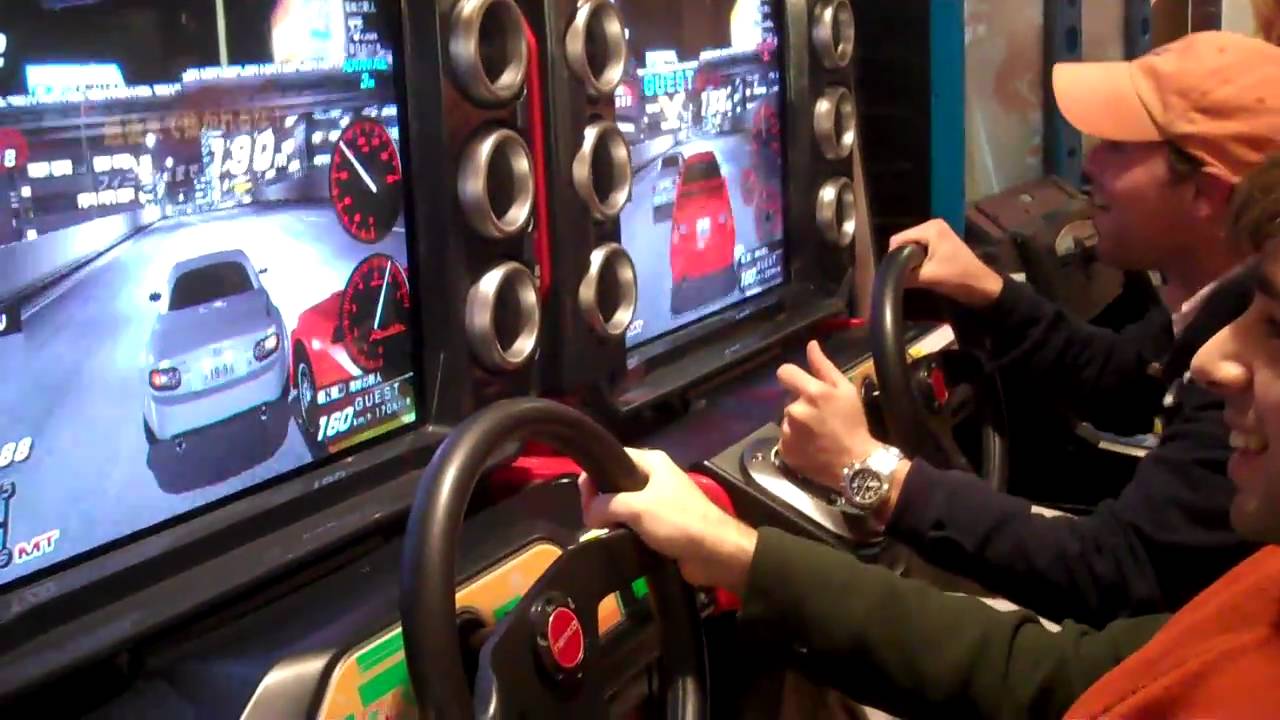 And as a final step after a couple weeks, while this area is still clean, you can apply a rust-resistant coating such as an oil or wax spray. This will provide a layer of protection, having a preventative for future rust. Ensure you give it a heavy coating, but not too much wherein it’ll run off. Depending on the coating, some may take a little while to dry and others can remain wet. When using an oil or wax spray, make sure this doesn’t get on the brakes and try to keep it away from the exhaust components. Also if you are worried about this coating dripping on your driveway, then apply some cardboard or park the vehicle elsewhere for about a week.

Unfortunately, this is a tube style frame, so there really isn’t an efficient method for removing rust in the inside of the frame. I’m just using this tubing as an example, while it can be painted on the outside, it’s tough to do so on the inside. There are some products available
who has specific nozzles to spray either a sealer type coating or a rust or wax spray
who allows you to get inside structural components such as this tubing. After years of driving, the tubing can become filled with rust, dirt, and gravel, allowing for moisture to soak and eventually rotting out the frame. You can flush water through the frame, then follow up with compressed air to help the inside dry. Then apply an oil spray is most likely the best protection inside as it can soak into the inside of the tubing, helping repel water or moisture.

Just to give you a peak under the truck
whereby it wasn’t rusty, you can see the existing oil spray coating which eventually became embedded with dirt and can form a thick barrier. 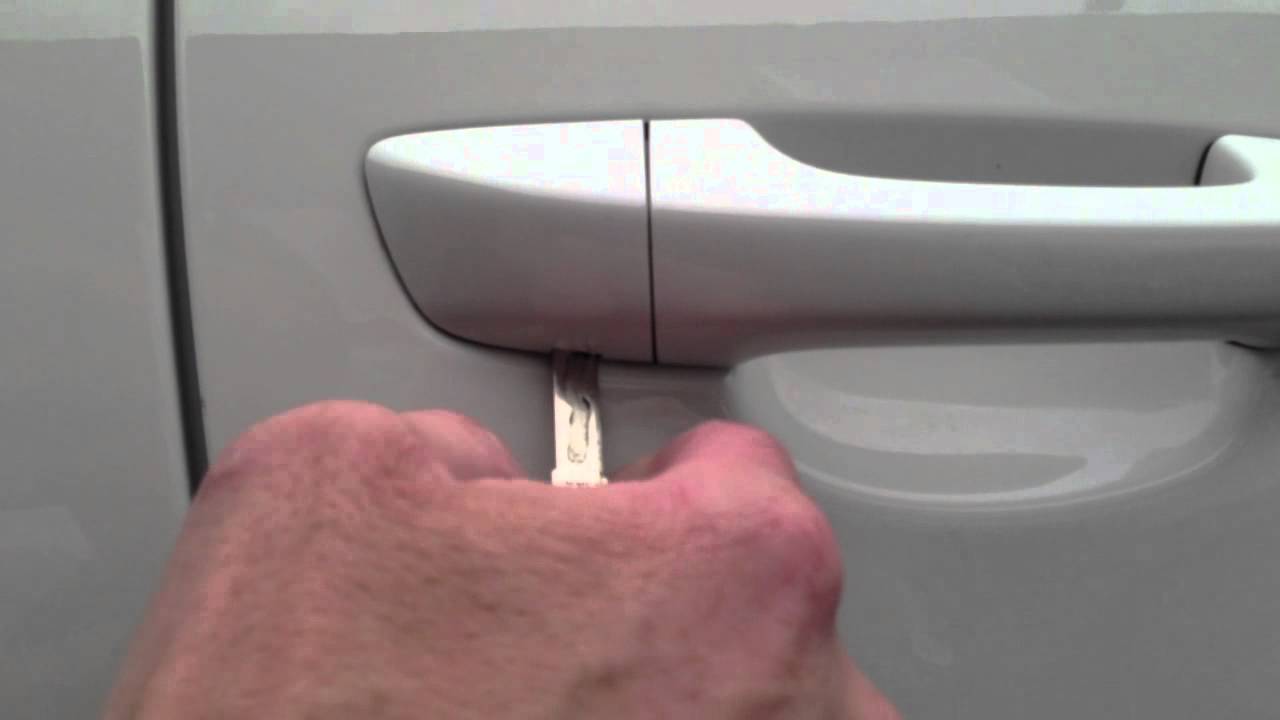 Participated in the
Fix It! Contest

Did you make this project? Share it via us!