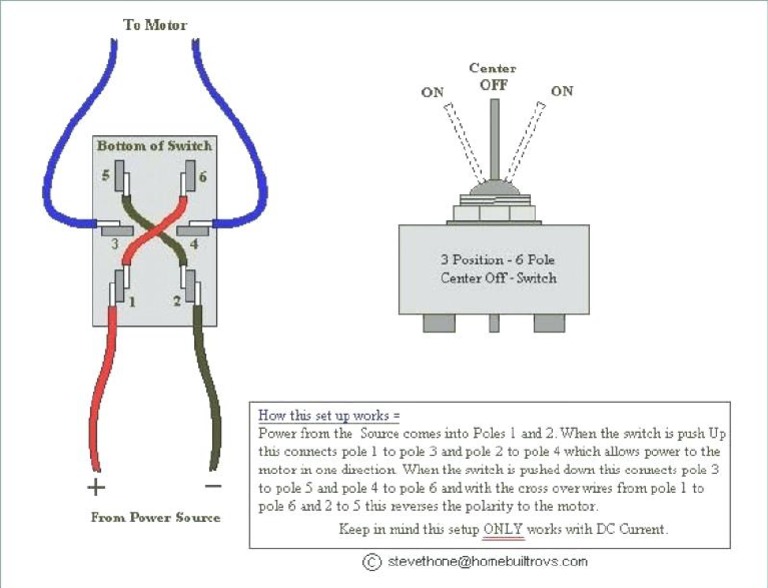 In this article, we will suggest how to wire a toggle switch to a circuit.

The toggle switch is a switch that can play crucial switching roles in circuits. A SPST toggle switch can act
as a simple ON-OFF switch in a circuit. While SPDT and DPDT toggle switches can flip different devices on or off in a cirucit.

Toggle switches are common components in many
varyent types of electronic circuits. 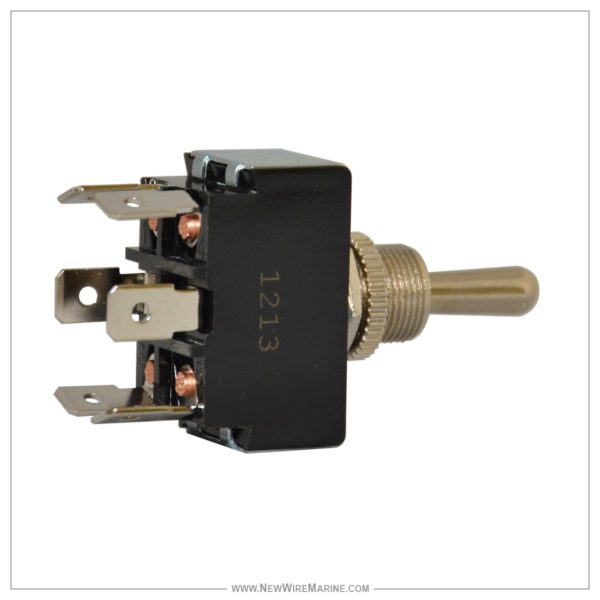 We will today go over the wiring diagram of a SPST Toggle Switch.

Below is the wiring schematic diagram for connecting a SPST toggle switch: 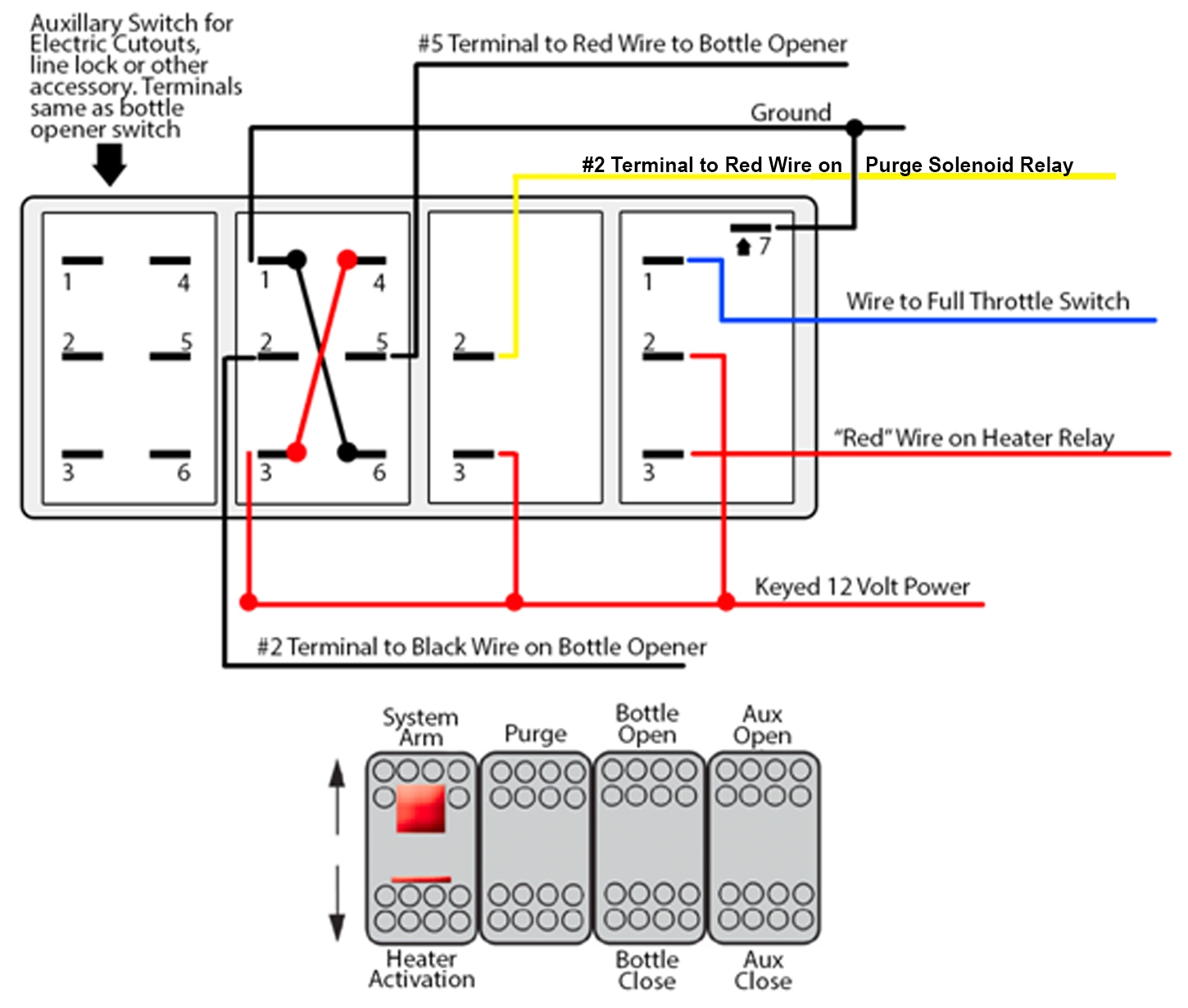 SPST toggle switches function as simple ON-OFF switches. When open, they disconnect the circuit so that current cannot flow to the
load. When closed, current can flow and power the load.

An example circuit of a SPST toggle switch is shown below:

You can see that this circuit
works simply as an ON-OFF switch to turn on or shut off the DC motor.

We will today go over the wiring diagram of a SPDT Toggle Switch.

Below is the schematic diagram of the wiring for connecting a SPDT toggle switch: 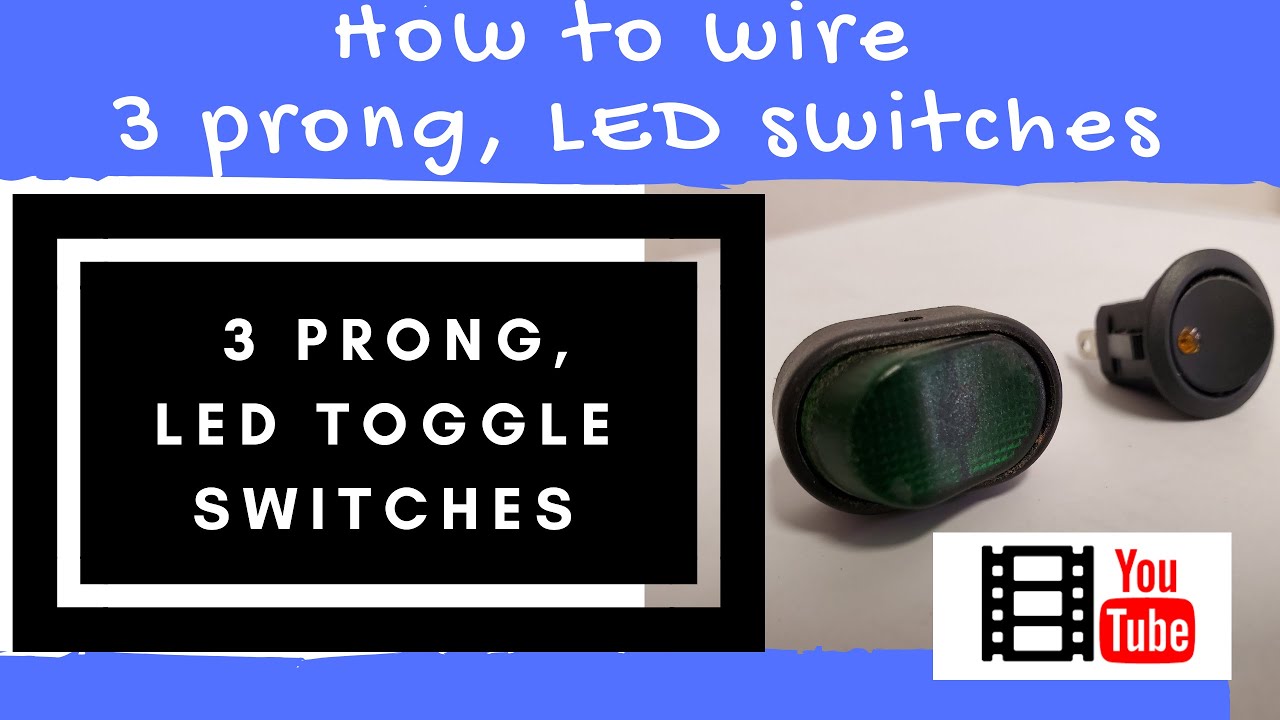 So a SPDT switch can power either one of 2 circuits. It can flip between the 2 circuits so that just by the flip of the switch,
different circuits, or devices, can be powered.

An example circuit of a SPDT toggle switch is shown below:

In this circuit, we connect our 9-volt DC power source to terminal 2. Terminal 2 represents the toggle switch which we can flip between terminals 1 and 3. Terminal 1 is connected to a fan. When we flip the switch to the left (terminal 1), the DC fan runs while the DC motor does not. When we flip the switch to the right (terminal 3), the DC motor runs while the fan does not. You can see that in this way, with
a SPDT switch, we can control 2 different circuits or devices. A double throw switch allows 2 different options.

We will today go over the wiring diagram of a DPDT Toggle Switch.

Below is the schematic diagram of the wiring for
interacting a DPDT toggle switch:

An example circuit of a DPDT toggle switch is shown below:

With the circuit above, you can see that we can flip between 4 different circuits with 2 switches. When the DPDT’s switch is
flipped one way, the lamp and buzzer will be on. When it is flipped the other way, the LED and the speaker will be on. 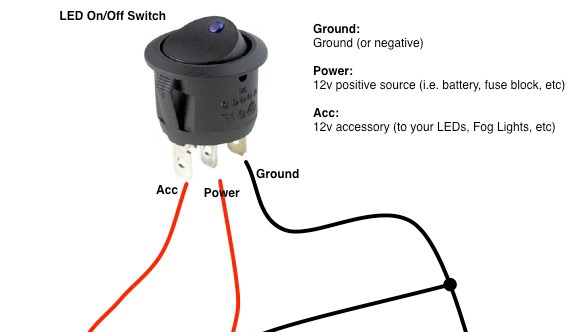